The Zen of Python

In December of 2019, Łukasz Langa reached out to me about a project he was putting together to raise money at the Pycon 2020’s PyLadies auction in April. He was asking a bunch of musical Pythonistas to contribute songs for an exclusive custom vinyl album, a unique one-off sponsored by EdgeDB. Łukasz was thinking that we might each do a cover song from a list of Guido's favorites. The song was supposed to be between 2 and 5 minutes long, and the deadline for submission was February 10th, 2020, my birthday. Of course, I agreed to do it!

And of course, I promptly forgot about it.

Then on January 24th, I got a ping email from Łukasz asking how it was going. “Oh, yeah, great Łukasz, really great!” I typed as I began to mildly panic.

So now I had about 17 days to think of a song to do, arrange it, track all the parts, and mix it. I realized I hadn't gotten a list of songs from Guido, couldn't ask for one now, and none of the covers I'd thought of really fit the project. I was running out of time to get a band into a studio to record, so it had to be something I could compose and perform myself.

Fortunately, I have a little home studio, and I had time on my hands, so I decided I’d write an original song. And if you’re going to write some original music that will be donated to the Python community, there’s only one source material you can possibly choose from.

The Zen of Python is a well-known collections of aphorisms, koans that describe the aesthetics of the Python language, as channeled by a famous early and still …

Although I've been signed up for 8 years, 2017 is the first time I've completed the RPM Challenge. The challenge is deceptively simple: record an album in February that's 10 songs or 35 minutes long. All the material must be previously unreleased, and it's encouraged to write the music in February too.

The second question of the FAQ is key: "Is it cheating...?" and the answer is "Why are you asking?".

RPM is not a contest. There are no winners (except for everyone who loves music) and no prizes. I viewed it as a personal creative challenge, and it certainly was that! As the days wound down, I had 9 songs that I liked, but I was struggling with number 10. I was also about 4 minutes short. I'd recorded a bunch of ideas that weren't panning out, and then on the last Saturday of February, I happened to be free from gigs and other commitments. Yet I was kind of dreading staring at an empty project (the modern musician's proverbial empty page), when one of my best friends in the world, Torro Gamble called me up and asked what I was doing. Torro's a great drummer (and guitar player, and bass player...) so he came over and we laid down a bunch of very cool ideas. One of them was perfect for song number 10.

The great thing about this challenge is the deadline. When you have a home studio, there's little to stop you from obsessing about every little detail. I can't tell you how many mixes I made, tweaking the vocals up a bit, then bringing them back down. Or adding a little guitar embellishment only to bury it later. And you don't even want to look at the comps of the dozens of bass and vocal … 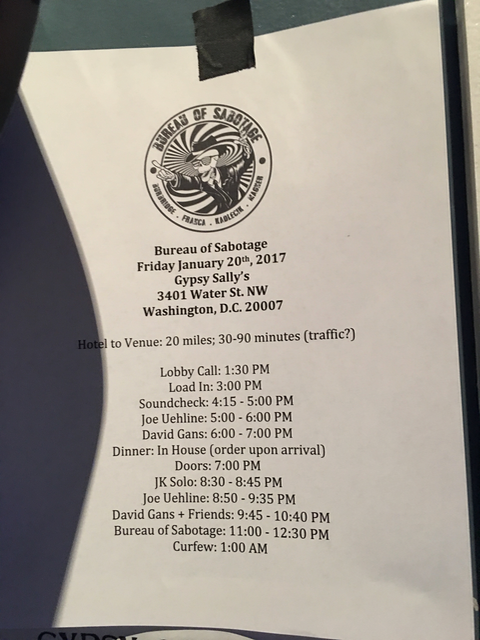 ONOTE and OTONE - A musical project

I'm starting a new musical project, which I'm calling OTONE and/or ONOTE. Actually, I've been working on this project for several years without realizing what I wanted to do with it. It coalesced in my mind when I thought of the acronyms above. Here's what they stand for:

I'm not yet sure what the difference between the two are yet (though see below), but here's the idea behind the project.

If you're like me, you can easily sweat over a song and its recording forever, tweaking the mix, or hearing another melody, or (worst of all) agonizing over every word of a lyric that was like pulling teeth in the first place. Sometimes you think if you just do one more take of the guitar, you can get it perfect, or oh! it just needs a little bit of tamborine right there. Sometimes the arrangement just doesn't sit quite right, or you know in your gut that lurking out there somewhere there's a better way to get from the bridge to the last chorus.

Well, I'm kind of frustrated with that because it can lead to never actually finishing a song and getting it out there for folks to hear. At some point you reach diminishing returns, where the little tweaks don't really improve the song enough. Probably most importantly, the whole thing can put the brakes on the creative process. I liken it to software maintenance vs. creating a new project from scratch.

Software maintenance is important, useful, and can be fun, but the juices really get flowing when you're starting a new project. You get this rush of an idea and your fingers can't type fast enough to translate them into code. It's …